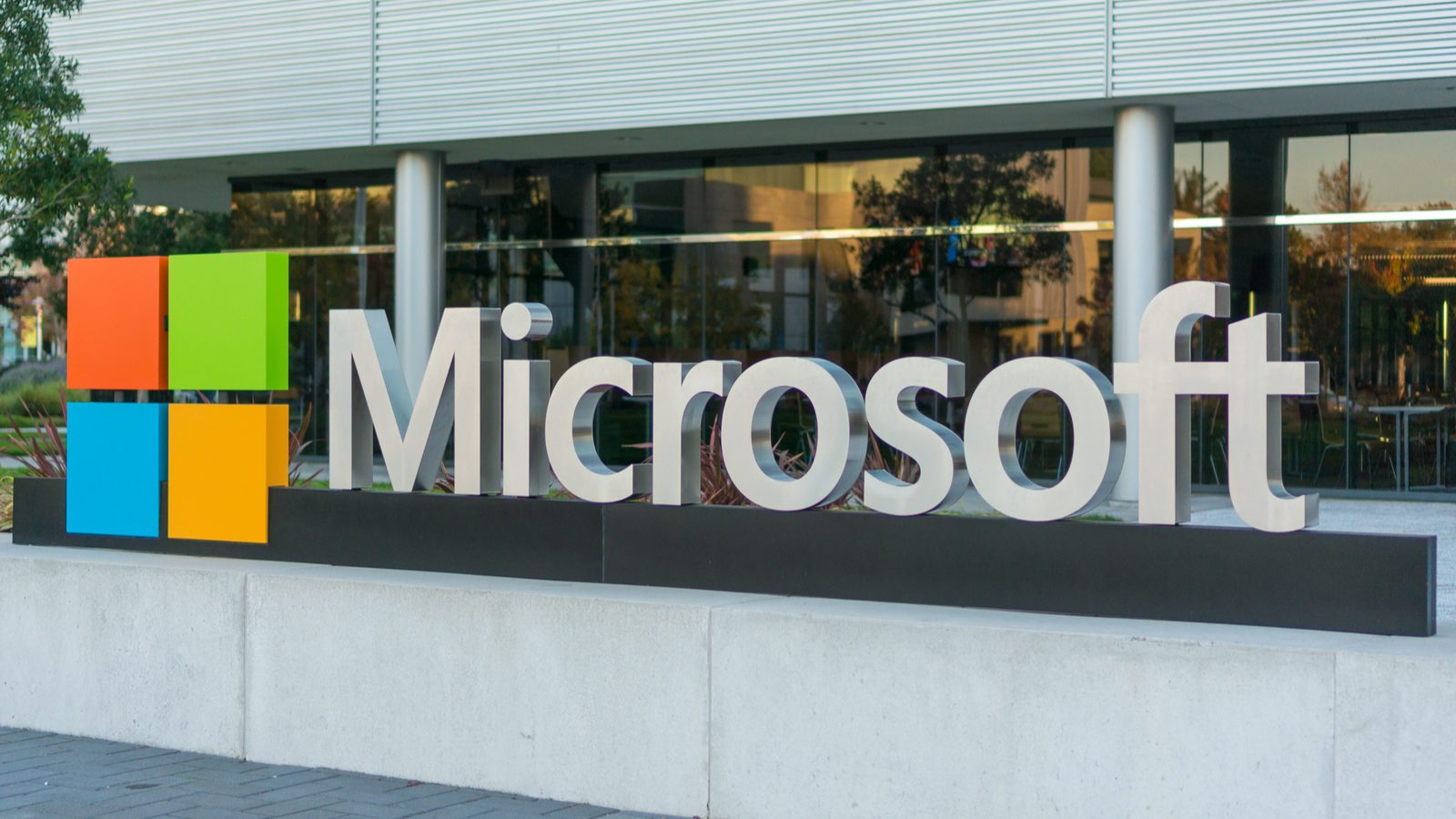 It’s slipping again, but after Microsoft (NASDAQ:MSFT) reported its third-quarter earnings on April 26, MSFT stock put together a decent rally. A relatively rare rally for a big tech stock in 2022. However, despite the pop — which saw MSFT gain 7.3% in the days after its Q3 earnings beat — shares are still down over 20% in 2022. They’re off November 2021’s high close of $343.11 by 29%.

Microsoft shares were stuck in the doldrums for the first decade and a half of the century. Windows and Office kept plugging along, but the company wasn’t really breaking any new ground. It was finding its footing again after a close call with a government antitrust case that nearly saw the company broken up. In addition, Microsoft co-founder Bill Gates stepped down as CEO in 2000, leaving Steve Ballmer to run the company.

Current CEO Satya Nadella took over in 2014, with a focus on the cloud. Since then, MSFT stock has been a steamroller. Even after 2022’s slump, it is up over 600% since Nadella’s appointment. With shares feeling the impact of 2022’s market, now would be a great time to buy MSFT stock in anticipation of the growth momentum continuing in the long term. That’s especially true with the way the company’s cloud bets are paying off.

Shortly after Microsoft reported its Q3 earnings in April, I wrote about the importance of its legacy businesses, including Windows and Office. They tend to get overlooked these days, but still continue to reliably generate big revenue for the company. However, this time I want to focus on the cloud.

Microsoft’s cloud services including Azure was one of the quarter’s highlights. And it’s an area where CEO Satya Nadella has pushed the company to greatly expand its presence.

Here’s what the company’s CFO had to say about the third quarter: “Continued customer commitment to our cloud platform and strong sales execution drove better than expected commercial bookings growth of 28% and Microsoft Cloud revenue of $23.4 billion, up 32% year over year.”

That cloud revenue is creeping close to half of the company’s total revenue. Overall revenue for MSFT was up 18% year-over-year, so cloud services are seeing their revenue grow at a faster pace than other divisions.

Right now, Microsoft’s Azure is in second place globally among cloud computing providers, with a 21% market share. Microsoft is slowly but surely growing its share in a market that is experiencing rapid growth. Everything from online shopping to remote work to the metaverse is continuing to boost the demand for cloud computing. This is a market that’s on track to hit a value of $947.3 billion by 2026, with a CAGR of 16.3%.

In other words, look to the cloud to power MSFT stock growth in coming years.

Microsoft Has Many Complementary Lines of Business

It’s not just Microsoft’s cloud services that are exciting for investors. It’s the way the company is able to leverage Azure and its cloud computing infrastructure to wring more revenue from its other businesses — including legacy products.

For example, you can still buy a copy of Microsoft Office. But by pushing Office to the cloud and a subscription model, Microsoft is ensuring this cash cow continues to deliver. You can now access Office documents from virtually any connected device, keeping it relevant. In 2017, Office 365 online brought in more revenue than the traditional, boxed Office products for the first time.

Any company benefits from ongoing subscription revenue that’s not tied to buying cycles or strict hardware requirements. By leveraging the cloud, Microsoft is ensuring Office — a product first released in 1990 — continues to be a big revenue generator.

Another great example is the company’s Xbox gaming division. One of the key buying propositions for an Xbox game console is Microsoft’s strong online gaming capabilities through subscription services like Xbox Live. That has expanded to Xbox Cloud Gaming that leverages Azure to Bring Xbox Series X-quality gaming to mobile devices. Naturally, this also adds to the company’s growing subscription revenue stream.

Should You Buy MSFT Stock?

It’s having a tough 2022, but MSFT stock earns a “B” in Portfolio Grader. Microsoft is a company with a proven history of innovation. MSFT stock has been an impressive performer since 2014. It has been riding the cloud for momentum not seen since the company’s early days as a PC pioneer.

There may be more bumps to deal with in 2022, but the opportunity to buy MSFT stock at this price will almost certainly pay off in the long term. 7 Undervalued Warren Buffett Stocks to Buy Before They Rebound

3 Top Tech Stocks to Buy on the Dip

7 Inflation Stocks to Buy When Prices Are Rising — Like Now