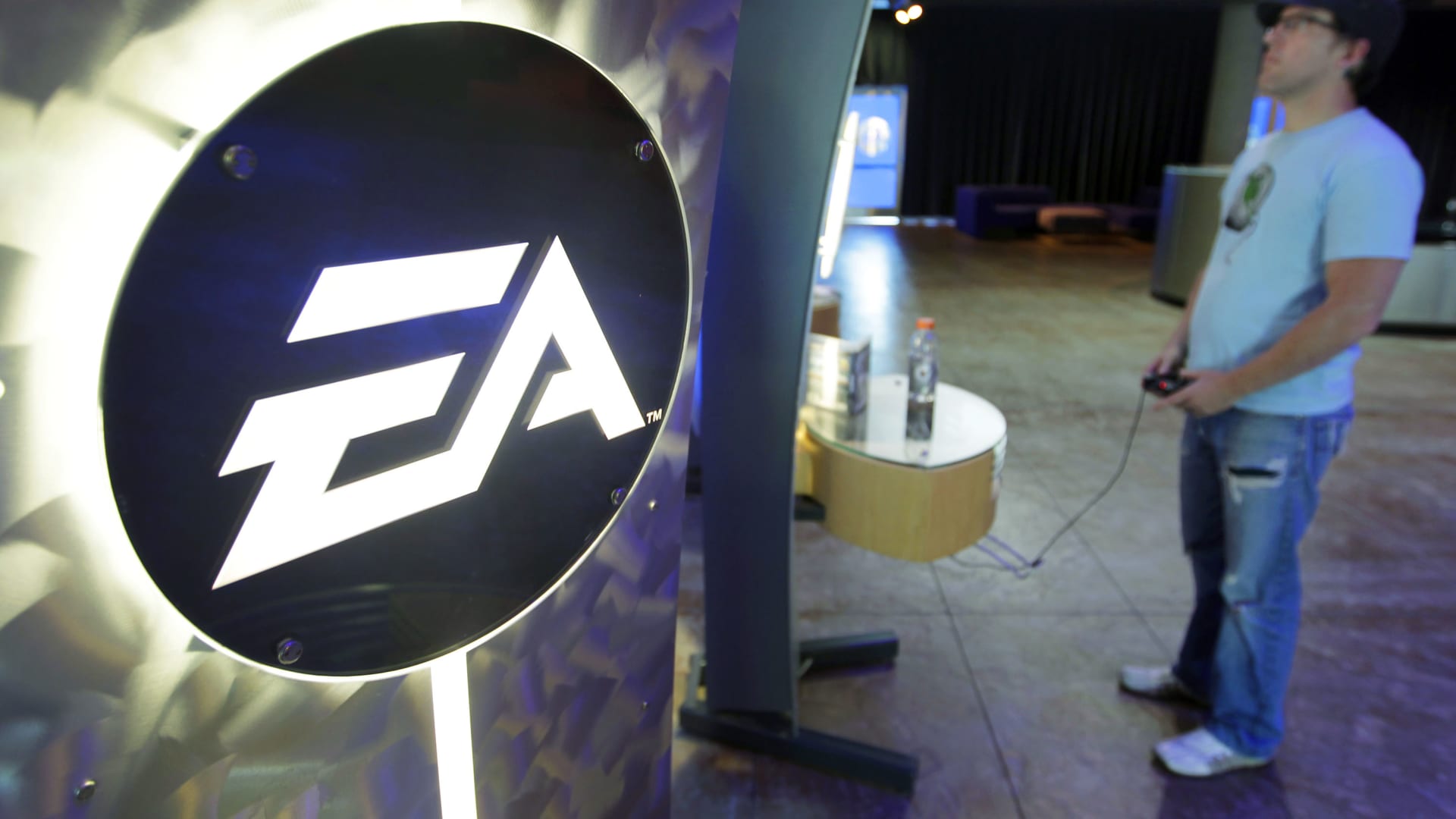 Check out the companies making headlines in midday trading.

Electronic Arts — The video game publisher’s shares jumped 11% after the company posted its recent earnings and announced it will end its partnership with FIFA. MoffettNathanson analysts recommended shares of Electronic Arts because of the company’s stable foundation to weather market volatility ahead.

Roblox —  Shares of the online gaming platform jumped more than 7% despite weaker-than-expected quarterly results. Roblox reported a loss of 27 cents in its most recent quarter, compared to a loss of 21 cents expected by analysts polled by Refinitiv. Revenue came in at $631.2 million, compared to the $645 million consensus estimate from Refinitiv.

Wendy’s — The fast-food chain’s shares sank 9% after Wendy’s missed first-quarter estimates on the top and bottom lines. The company reported an adjusted 17 cents in per-share earnings on $489 million of revenue. Analysts surveyed by Refinitiv had penciled in 18 cents per share on $497 million of revenue. U.S. sales growth was just 2.4% despite a rising number of total restaurants, and the margins at company-operated margins declined.

The RealReal — Shares of the secondhand luxury seller dropped 13% after the company reported a wider-than-expected loss for its most recent quarter. The RealReal said it’s poised to benefit from rising prices that could be reflected in the prices of new luxury goods.

Perrigo — The pharmaceutical stock climbed more than 6% after Perrigo’s first-quarter revenue came in higher than expected. The company also hiked its full-year net sales growth guidance to 8.5%-9.5% from 3.5%-4.5%, due to an acquisition, as well as its organic sales growth guidance. First-quarter earnings per share did miss expectations, however.

This article was originally published by Cnbc.com. Read the original article here.

Why Snap Investors Ought to be Skeptical
Warner Bros. Discovery Stock Isn’t So Cheap Given Its Debt
How Do Real Estate Agents Get Paid?
Quantum Computing Could Solve the World’s Energy Crisis
The 5 Countries That Produce the Most Sugar