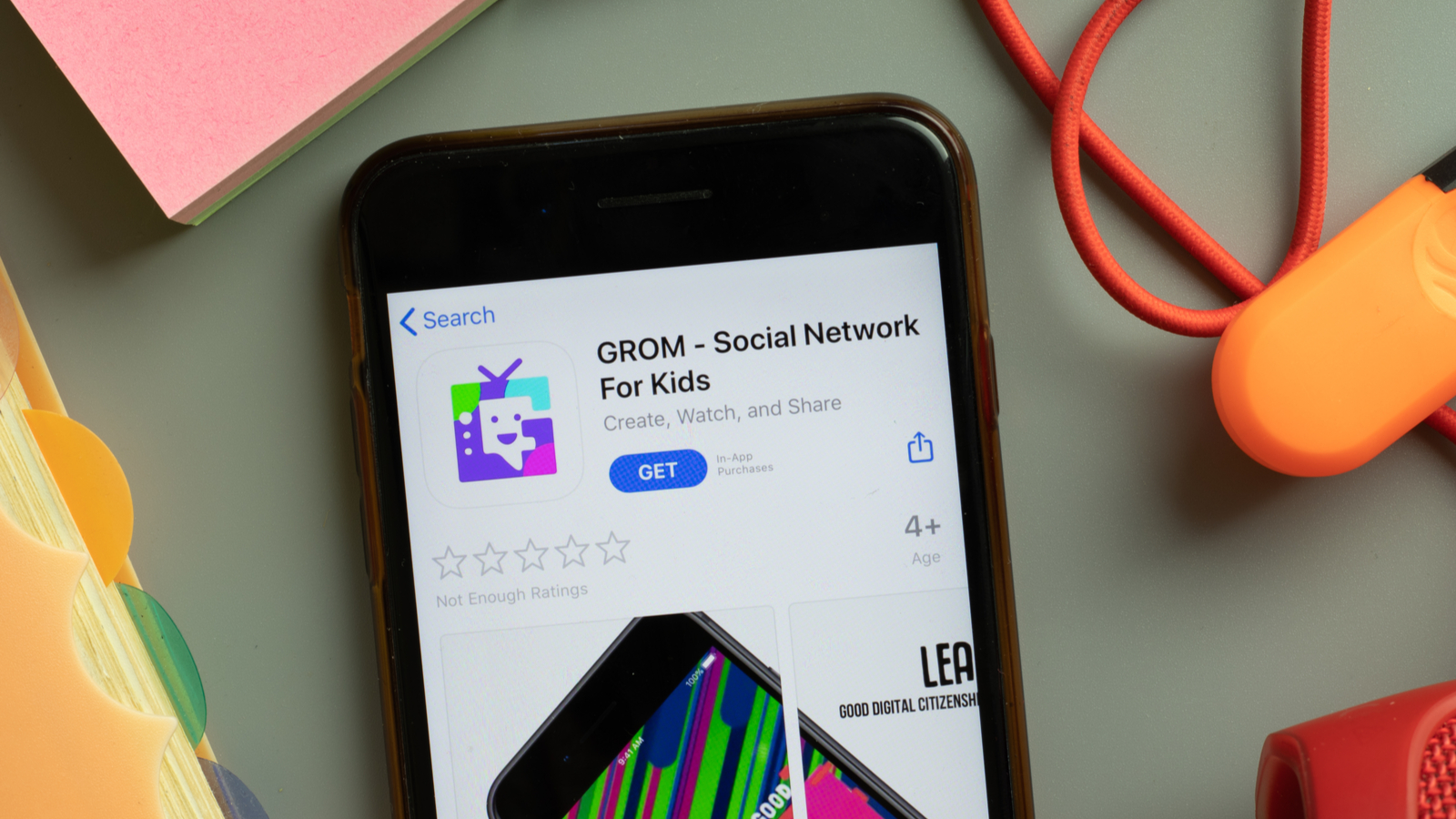 On Tuesday, shares of Grom Social (NASDAQ:GROM) spiked 60% on a short squeeze. According to data from Fintel, short share availability dropped from 80,000 to 0 within several hours.

At first glance, Grom Social’s rise looks much like a run-of-the-mill meme pump. The company had around 58% of its free float sold short at the time, making it one of the most-shorted companies on the Nasdaq exchange.

But dig deeper, and it quickly becomes apparent that few retail investors were in on the game. And given Grom Social’s weak business, it’s probably better off staying that way.

Grom Social is a Boca Raton, Florida-based company that produces content for children. Parents can access content through the Grom Social app, and the firm claims to have 1.8 million monthly active users (MAUs). The firm also launched its Santa.com e-commerce site in time for the 2022 holiday season. At its peak, the website saw traffic of around 11,000 visits per day.

A look into Grom’s fundamentals tells a different story. Over the past 12 months, the company has seen revenues decline 17% and losses rise 37% to $11.8 million. The company could lose another $6 million in 2023, and its sole Wall Street analyst expects no profits until at least the following year.

Grom Social’s cash position also looks precarious. With its $2-million-per-quarter cash burn, the company could run out of money by mid-2023, even after its $4.2 million capital raise in December.

Third-party sites also suggest that Grom might be overcounting its users. According to data gathered from Similarweb, fewer than 100,000 users reached the Grom Social website since July 2022. And information from SensorTower, an app tracking firm, shows relatively anemic downloads (and very negative reviews) of Grom’s mobile apps. Almost 90% of its revenues are generated from animation contracts with others.

The Makings of a GROM Stock Squeeze

Nevertheless, short sellers clearly took things too far. In December, short interest in Grom rose from 16,923 to 408,000 shares, an astonishing figure for a firm with only 655,000 floated shares.

Shares of the struggling social media firm were also pushed to absurdly low levels. If one adds in the $4.2 million of capital raised in December, Grom’s cash on hand may have exceeded its market capitalization.

Yet, mentions on Reddit and Stocktwits have remained muted at best, even after its squeeze. As of Tuesday, followers on Stocktwits still number under 10,000 — less than half of a company like JetBlue (NASDAQ:JBLU). And on Reddit, Grom Social Enterprises remained at No. 15 by number of mentions.

Will Redditors Take the Bait?

There’s a risk that retail investors will get involved anyway.

In February 2021, a group of four stock influencers began promoting shares of Meta Materials (NASDAQ:MMAT) predecessor Torchlight Energy on social media. According to a $100 million SEC complaint, these individuals then quietly sold their initial shares at prices up to $3.63, earning over $800,000 in profits.

But then Redditors got involved.

Torchlight Energy would eventually rise to over $12 after meme investors jumped in on the stock. The alleged falsehoods spread by the stock influencers would become a catalyst for even greater gains.

Similar cases have happened with AMTD Digital (NYSE:HKD), Geo Group (NYSE:GEO) and many others. Meme stock traders are largely momentum driven, so an initial squeeze is often enough to get fans on board.

In Grom’s case, speculators could make money in the short term. When a company’s free float gets 100% churned within 30 minutes, there’s bound to be room for money-making.

But longer-term investors looking for a “set-and-forget” investment will do well to look elsewhere. Because as other non-Reddit short squeezes have shown, these stocks tend to make for poor longer-term holdings.

On the date of publication, Tom Yeung did not hold (either directly or indirectly) any positions in the securities mentioned in this article. The opinions expressed in this article are those of the writer, subject to the InvestorPlace.com Publishing Guidelines.

Tom Yeung is a market analyst and portfolio manager of the Omnia Portfolio, the highest-tier subscription at InvestorPlace. He is the former editor of Tom Yeung’s Profit & Protection, a free e-letter about investing to profit in good times and protecting gains during the bad. 3 Things Investors MUST Consider Before Betting on MULN Stock My SOFI Stock Price Prediction for 2030
TSLA Stock Forecast: Where Will Tesla Be in 5 Years?